In some ways, Silvana Cardell’s story of coming to America would seem to be much simpler than that of some immigrants.

Her journey to citizenship wasn’t the type of odyssey one hears so much about these days of fleeing political or religious persecution. Ms. Cardell, who heads Georgian Court University’s dance program, came to this country to pursue opportunities as an artist. She’s been a U.S. citizen since 2013.

But her experiences while pursuing her citizenship led her to create a world premiere work that was inspired by that emotional journey. Called Supper, People on the Move, Ms. Cardell’s multidisciplinary project ran June 25–28, 2015, at the Icebox Project Space at Crane Arts in Philadelphia.

Supper, People on the Move received major funding support from the prestigious Pew Center for Arts & Heritage in Philadelphia, as well as the Swarthmore College Project. Ms. Cardell also received a summer research grant for the project from Georgian Court University.

Ms. Cardell first came to this country from her native Argentina in 1986, to study dance at Temple University. After earning her bachelor’s degree and returning home, she decided to return to the U.S. in 2002, this time for good.

Though relatively simple in many ways, Ms. Cardell says the experience of returning to this country and subsequently going through the process of seeking American citizenship was still filled with plenty of tension and anxious moments.

“My experience was a very emotional thing. It was not so much about me needing to escape or something like that. It was a decision made for a mixture of professional development and adventure,” she explains of her push to return to the United States after initially studying here to earn her bachelor’s degree at Temple University in Philadelphia.

“When I decided to come back to get my master’s degree, it was more complicated. I had a family and children,” Ms. Cardell says. “There was this moment when I got stuck in between. It was complicated. I felt like I was being pulled apart. And all of these other factors created this tension.

“I started to feel like that tension was showing in my work, too, and I wanted to explore that discomfort.”

That underlying tension inspired Ms. Cardell to reflect in the way she feels most comfortable—through her art. She says that the work’s title and overall theme were also inspired by the Last Supper, the final meal Jesus had with his disciples according to the four Gospels of the Christian Bible.

“It’s a moment when you’re going to go from one place to another. The Last Supper. It’s a transformational moment,” says Ms. Cardell. “From that idea, I started working on my own idea of dislocation, moving away from what you know and moving to something unknown.”

The current battles in politics over the status of illegal immigrants also shaped Supper, People on the Move.

“This whole thing that’s happening now kind of changed my work. The work started out being about me and my experience of dislocation, and then I realized it was the whole world. I was just one of so many,” she says. “I wasn’t risking my life crossing a border. I had my papers. I had never worked in an illegal situation.

“But then I started exploring the idea of why people would risk their lives to move to another place, thinking their lives would be better.”

Supper‘s movement vocabulary reflects a theme of overcoming barriers as well as the turbulence of her emotions during the time she was waiting to become a citizen.

“I have created a kinetic experience. We work a lot with tables. The tables become like a banquet table. We place them in different ways in the space. They become a barrier where half of the audience cannot see what’s going on, on the other side,” she says.

“The tables become places where people climb and jump, while carrying their belongings. They become a door that opens and closes shut. The movement itself is very physical—a lot of jumping barriers.”

Like others Ms. Cardell has created, Supper is more than just a dance piece. Audience members, for example, will be documented when entering the performance space, as if they, too, were immigrants. Performances conclude with an invitation to eat and share personal stories about immigration.

Ms. Cardell has collaborated with musician Nick Zammutto and visual artist Jennifer Baker to create an experience that goes beyond movement. Mr. Zammutto, for example, created a special soundscape that not only complements and is inspired by Ms. Cardell’s movement, but also works with an intense echo effect that exists in the performing space.

Ms. Baker, in addition to her more traditional duties of coordinating costumes and set pieces, has been conducting interviews with immigrants that are being used for a series of panels that audience members will see when they enter the performing space. The interviews and accompanying photos can also be seen on the project’s Web site and companion blog.

“This is a work that everyone can relate to on some level,” says Ms. Cardell. “I want people to walk away realizing that there is so much more to the immigrant experience than they realize.”

Editor’s note: Story by Karyn D. Collins, for Georgian Court University. Ms. Collins, a veteran journalist, is the editor of The Black Dance and Broadway blog. 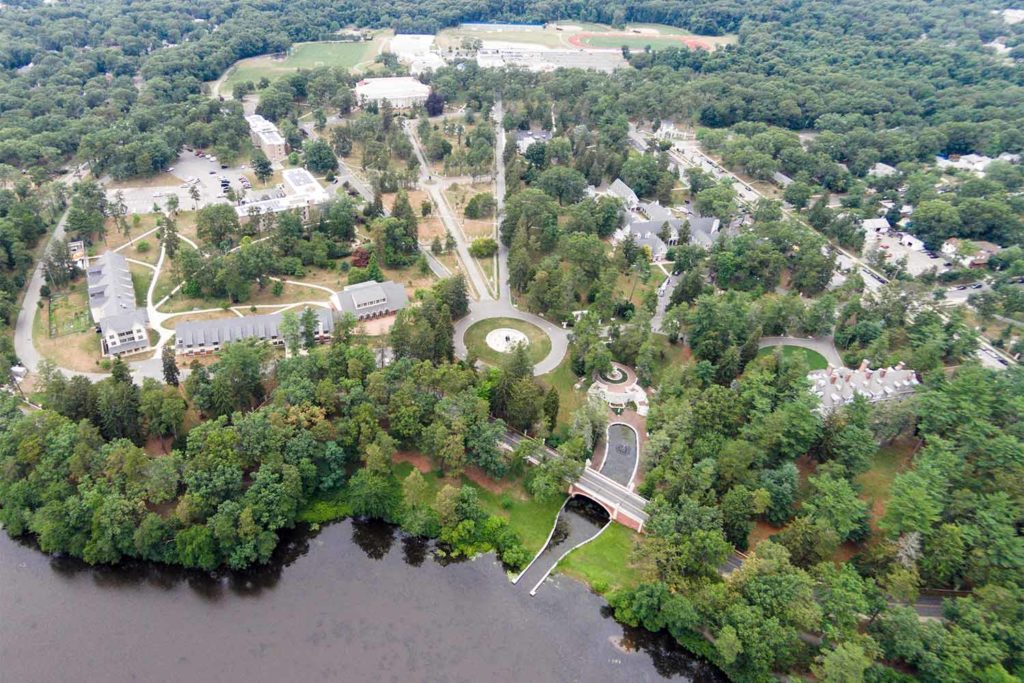